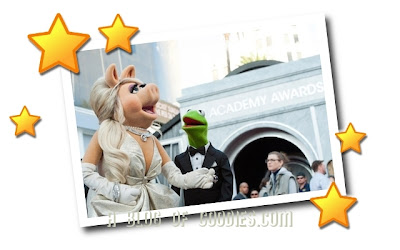 There are without a doubt many fashion icons, both in recent and not-so-recent years, that have made a lasting impression on moviegoers and TV viewers.  Some of the most memorable fashion icons are the fictional ones because their costume designers are not bound by silly little things like . . . reality and practicality.

Here are 5 women who I think have made their mark as some of the best-dressed fictional characters thus far in 2012 . . .

1.  Serena Van Der Woodsen - (Played by Blake Lively) The character of Serena, a high-profile privileged young woman in New York City's Upper East Side, can be found on the CW's Gossip Girl and the Gossip Girl Book Series.  Serena's wardrobe is unpredictable and she manages to exude sex appeal even when she is not dressed seductively.

2.  Dr. Addison Montgomery - (Played by Kate Walsh)  The character of Addison, a well-respected neonatal surgeon, originated on ABC's Grey's Anatomy, but can currently be found on the spin-off Private Practice.  Her wardrobe has defined the term "sexy professional."

3.  Caroline Forbes - (Played by Candice Accola) The character of Caroline, the daughter of the local Sheriff who was turned into a vampire, can be found on the CW's The Vampire Diaries.  She is always picture perfect, whether attending a class or a gala.

4.  Queen Amidala - (Played by Natalie Portman) The character of Padmé Amidala, the young Queen of the planet Naboo, first appeared in the 1999 film Star Wars Episode I:  The Phantom Menace.  Most recently, she has returned to us in the rerelease of this film to theaters in 3D.  Her costume and make-up are quite elaborate and a little "out there", but also are works of art.

5.  Miss Piggy - (Portrayed by Eric Jacobson) The character of Missy Piggy, a confident and strong female role-model for young girls, was first seen in 1974.  Most recently, Piggy can be found in the movie The Muppets, which was just released on Blu-ray and DVD this March.


Slideshow:  Miss Piggy with Kermit the Frog at the 84th Annual Academy Award.  Piggy is wearing Zac Posen, Christian Louboutin, and Fred Leighton.  She is bejeweled in a 1940s amethyst and diamond ring in gold (70.0 carats) and a 1950s diamond and platinum swirl necklace (55 carats) with matching swirl bracelet (40 carats).


Which female television and film characters would you add to this list?
Labels: Celebrity Fashion